Welcome to the 350PDX Calendar 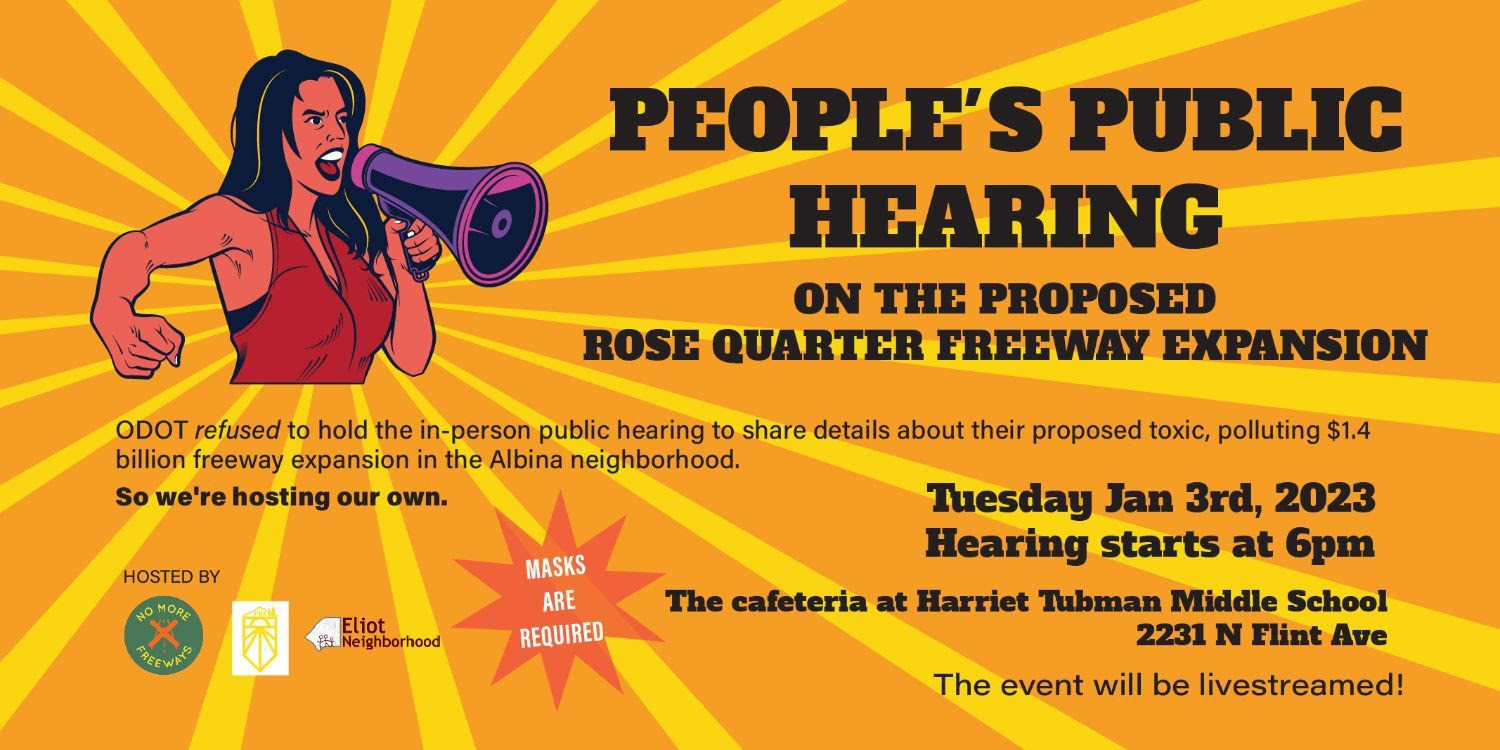 No More Freeways asked ODOT to hold an in-person public comment event for the poposed Rose Quarter Freeway, and they refused. So they’re holding their own. Save the date for a People’s Public Hearing at Harriet Tubman Middle School on January 3rd, 2023.

This is where all events, trainings, film screenings, art builds and team meetings will appear. Everything on this calendar is open to anyone, so feel free to come along to anything and everything, even if you’re just testing out a new team. Some ask you to RSVP, and others you can just show up.