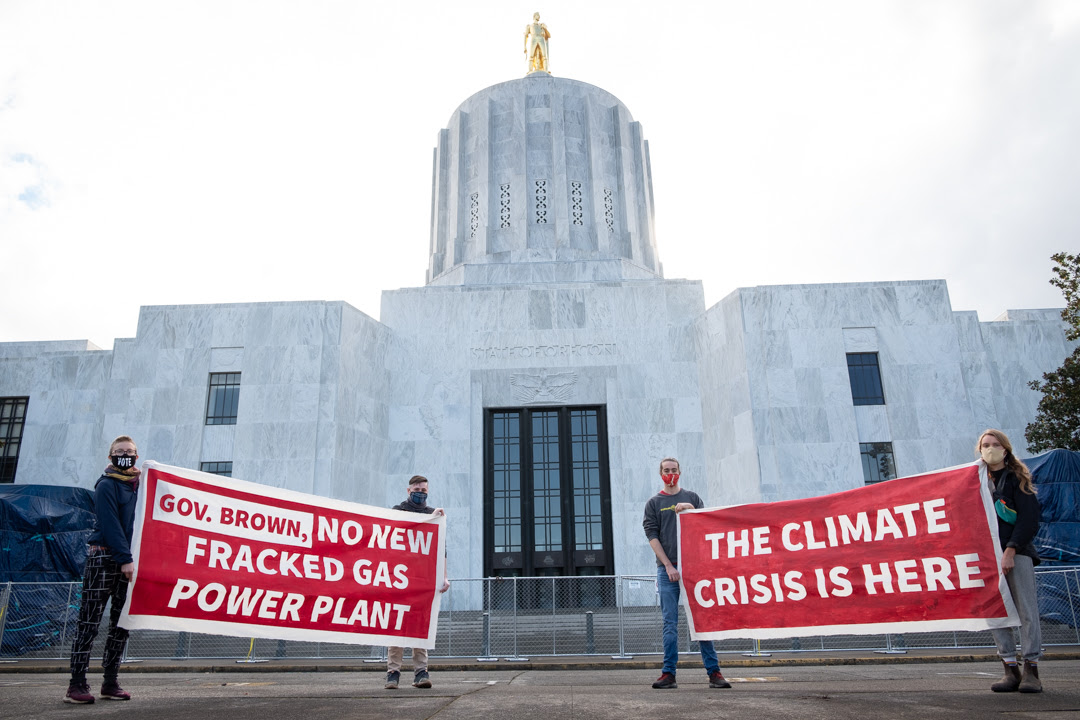 After fighting the proposed Perennial WindChaser fracked gas power plant for the last few years, our movement has won!

In the face of sustained grassroots pressure and multiple legal challenges, Perennial WindChaser LLC has just abandoned its plan to build a new 415 megawatt fracked gas power plant in Umatilla County, OR! This is a huge win for our climate—if constructed, Perennial’s fracked gas plant would have been one of the top 5 largest emitters of greenhouse gases in the state.

This victory comes after years of grassroots organizing by our collective movement against fossil fuels. Together with our partners, we testified and wrote comments to the Energy and Facilities Siting Council, traveled to Salem to deliver a letter to Governor Brown and the Department of Energy from 14 organizations against the project, we got a national media outlet to cover the story, and continually educated the public about this dangerous project. You were a part of this victory with us, Chris.

We are grateful to our partners at Columbia Riverkeeper and Friends of the Columbia Gorge for taking both the Oregon Department of Energy (ODOE) and Perennial to court last summer. This happened when ODOE planned to illegally waive many of the preconstruction requirements in Perennial’s site certificate to allow Perennial to construct their facility—all while our state was suffering from catastrophic climate-induced wildfires. Perennial Windchaser LLC was sued for starting work without a construction stormwater permit, and their recent decision to terminate this project entirely came on the eve of the oral argument in one of these cases. You can learn more about these lawsuits and this recent victory here.

The victory gets better, too. Because of the amazing work happening in the frontline-led Oregon Clean Energy Opportunity legislative campaign that 350PDX is working hard to pass, Perennial WindChaser could be the last new fossil fuel generating plant in Oregon. The 100% Clean Energy For All Bill (HR 2021) includes a provision that would prohibit new dirty fossil fuel generating facilities. The era of fossil fuels is ending, and we’re fighting hard for a just transition to clean energy.

This news builds upon recent massive victories our collective movement has won this year, when both the Jordan Cove LNG and Kalama Methanol refinery were dealt major setbacks on the same day. I am consistently so proud of us and what we can accomplish when we work together, so thank you for being in this movement with us. You can support our ongoing fight for a livable future by donating today.

Time to to keep celebrating and keep winning! With excitement,