Since long before the Department of Homeland Security deployed masked paramilitary agents to the streets of Portland, the agency has been deploying ICE agents along the southern border and throughout the nation. Some of the tactics we’re seeing in Portland, like unidentified officers kidnapping people into vans, have been perfected whilst terrorizing migrant communities.

The links between immigration justice and climate justice are clear. The places in the world hardest hit by increasing heatwaves, droughts, floods, and hurricanes are in the Global South, which have done the least to cause the climate crisis. Millions of climate refugees are expected in the coming decades, and it’s up to us whether we welcome them with compassion or put up walls and ICE detention camps.

Immigration injustice, racial injustice, police brutality, and climate irresponsibility are all symptoms of the same root causes, which include the increasing authoritarianism of the current administration and the corporate takeover of our democracy. They are attacking on all fronts in an effort to divide the movement into small manageable issue-based groups, none of which have enough power to take on the establishment.

The only way we can win is by uniting, by aligning with other movements and showing up for Black lives, to #DefundThePolice, to #AbolishICE, as well as to fight the climate crisis. 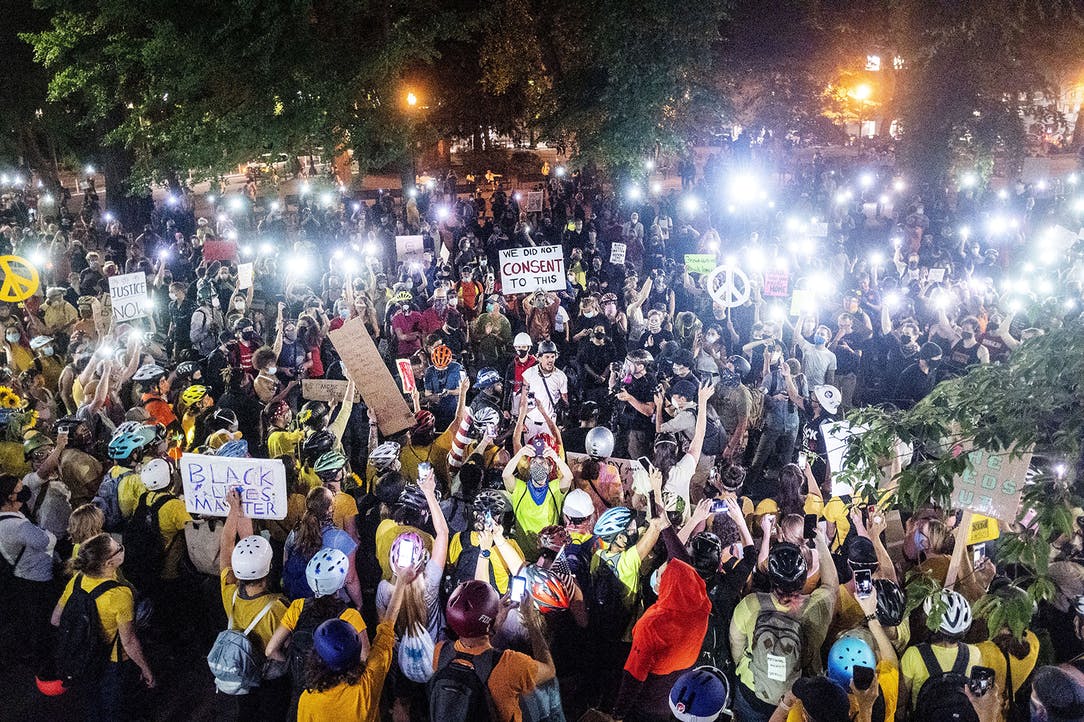 All of these events could escalate into police brutality, we just highlighted the ones that will almost certainly escalate and you should come prepared (see below). Attend at your own risk!

(Lilith Sinclair has a much more thorough protest preparation guide that we highly recommend.)

– Riot Ribs is dissolving their organized efforts on the ground. See their press release here for more info. They’re encouraging folks to give to Revolution Ribs (Riots Ribs but on the road, bringing mutual aid food distribution to other cities protesting across the country).

– The Witches are downtown providing supplies, medics, food, drinks, water and candy. Find what they need and how to donate on their twitter.

Thank you all for the work that you do, stay safe, and we’re all in this together,
Ashley, Chris, Chuck, Dineen, Indi, Lucy – the 350PDX staff

P.P.S. If you found this email useful then please consider donating to our summer appeal. We’re pivoting hard and adapting daily to get behind this movement for transformational societal change, but with this economic crisis we need help from our community to be able to keep going and remain in this fight for the long haul. Thank you!